VDM Metals looks back on a long and eventful history. The VDM abbreviation has its origin in Vereinigte Deutsche Metallwerke AG. This company was founded in 1930 when Berg-Heckmann-Selve AG from Altena took over Heddernheimer Kupferwerk and Süddeutsche Kabelwerk AG in Frankfurt. The two forerunning companies had roots dating back in part to the early 19th century. The merger that formed Vereinigte Deutsche Metallwerke AG was initiated by Metallgesellschaft (now GEA Group AG), the controlling shareholder of the Heddernheimer Kupferwerk company since 1893 and which also acquired a majority stake in the company group. 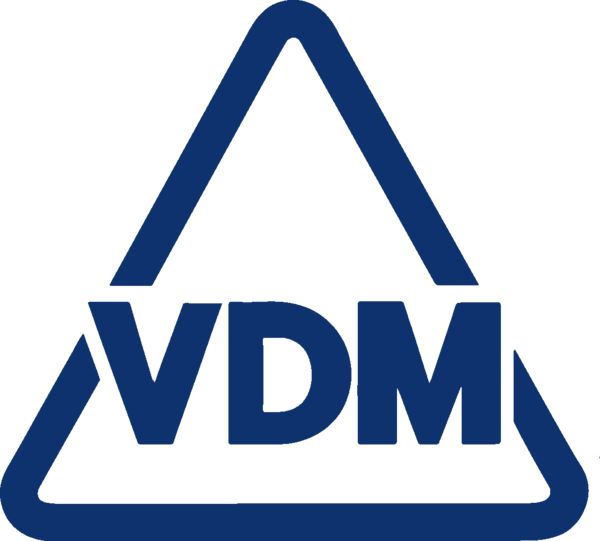 The enterprise thus founded was a manufacturer of non-ferrous metals with a large portfolio of semi-finished products and alloys. Initially the focus was on copper and brass, but later aluminum, stainless steel and nickel alloys gained importance. The company's headquarters were in Frankfurt am Main for many years, while its production locations included Altena and Werdohl, Duisburg, Cologne, Nuremburg and Frankfurt am Main. The founding of VDM was a preliminary step in trend towards concentration in Germany's semi-finished goods industry that had been hit hard by the global economic crisis. Today, the VDM Metals Group is headquartered in Werdohl and is an internationally leading producer and distributor of nickel, cobalt and zirconium alloys in addition to special alloys.

During the years of the Third Reich, VDM production was focused on materials for the arms industry. By the end of the war, production was in almost complete ruin. Nevertheless, in only a few years after the end of the Second World War, VDM had risen to become one of the largest manufacturers of input, semi-finished and finished products made from ferronickel metals. In the mid-sixties, however, the company steadily lost market share in many of its significant markets, such as production of copper and brass tubes, copper sheet and aluminum rolled products. The economic downturn led to job losses, shutdown of production sites and the sale of some plants that continued until as late as the mid-eighties. 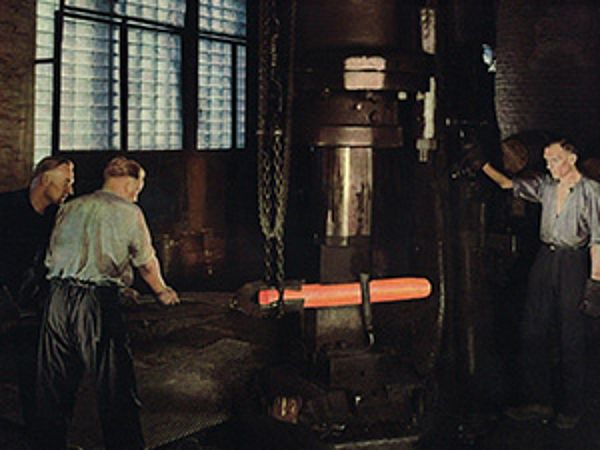 The nickel alloys segment proved to be an exception. Since the mid-seventies, VDM has successfully focused on the development and production of these alloys. From the outset, Metallgesellschaft had its own very successful metal laboratory for materials research and product development. In 1972, the melting shop for nickel alloys and special alloys opened its doors in Unna, where it still operates today.

For VDM, developing its own nickel alloys and concentrating on its core competence of melting and casting provided the opportunity to grow into a leading specialised supplier selling worldwide. This development took place during the eighties, hand in hand with the setting up and expansion of sales companies, for example in Asia.

In 1988/89, the then Krupp Stahl AG took over first one third of VDM Nickel-Technologie AG and later a 100% stake in the company. This business area with an annual turnover of approx. 1.49 billion DM was formed by the earlier merger of various plants operating in the nickel Business, including more than 2,100 employees. In so doing, Krupp Stahl AG had acquired a company with an established global presence, whose high-performance alloys were used worldwide.

Expansion in the USA

In the United States, VDM has been represented from the beginning of the seventies. The purchase in 1989 of Precision Rolled Products (PRP), a company founded in 1977 and operating production sites in Florham Park, New Jersey, and Reno, Nevada, enabled VDM to access the important aerospace market of the US. Today's VDM Metals USA specializes in melting and processing long products in high-alloy materials for non-rotating parts used in the aerospace industry. It also serves the plant construction and oilfield equipment market segments.

Merger of nickel and titanium activities

After the merger of the former Thyssen Group and Krupp-Hoesch, VDM operated under the name of ThyssenKrupp VDM GmbH for many years, focusing on development and production of nickel materials. That changed as of 1 October 2009, when ThyssenKrupp VDM took over the activities of ThyssenKrupp Titanium.

The history of titanium production at Thyssen and Krupp started with dedicated companies at both groups together with Klöckner Schmiedewerke (forging mills), all of which were merged into Deutsche Titan in 1988. In 1999, Deutsche Titan was placed under the Italian Titania S.p.A. as a subsidiary of ThyssenKrupp Acciai Speciali Terni. In 2007, the companies were renamed to form ThyssenKrupp Titanium.

Divestiture to Outokumpu Oyj and acquisition by Lindsay Goldberg

This website uses various cookies. There are technically necessary cookies and those we use for statistical purposes. Cookies that are used for statistical purposes serve to measure the number of users and to further improve our content. For this purpose, we process anonymous data in order to create analyses based on this data. We use cookies from Google, for example Google Analytics.